The results are in:

The readership of KC Lunch Spots decisively prefers “BARBEQUE” with nearly twice the votes of the nearest competitor “BARBECUE.” I myself admit to being in the last category: I spell it however the hell I want to. But I had always assumed that the correct way is with a C, not a Q.

So after the poll closed I did some quick research in the illustrious Oxford English Dictionary, perhaps the most exhaustive and authoritative resource on the English language. The OED’s take?

barbecue; barbeque; bar-b-cue; bar-b-que. The first form is the predominant and the preferred spelling.

The origin of the word is indeed the Spanish “barbacoa,” which is probably why the C remains official, while the Q was added, well, because the last syllable sounds like a Q. Other, more ghetto sources simply state that either form is acceptable, with some even claiming Bar-B-Que is an approved alternative. I imagine the shorter alternative misspellings came about because of clever business people, marketers and sign makers, the same people who brought you the word “Donut” and everyone’s favorite snack treat, Chicken in a Biskit. 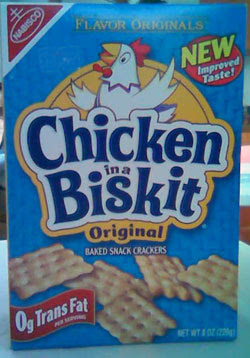 2 Responses to “Poll Results: How do you spell it?”