This little stretch of Metcalf in Overland Park is home to a handful of businesses that anchored the small downtown area in the late 1950’s and 60’s. Villa Capri and John’s Space Age Donuts share a building on the west side of the street, Mac’s service station and the White Haven Motor Lodge across the way complete a sketchy picture of what Overland Park was like in those heady days of early suburbanization. Metcalf Avenue grew of course, but was largely spared the crass overbuilding of blocks south, with the notable exception of a huge Turtle Wax Car Wash which nearly obliterates Villa Capri and John’s from the vision of passing motorists.

In the intervening decades, all these businesses have held on due to a steady trickle of old-timers, regulars and nostalgia enthusiasts, but sadly seem destined to fade away. Indeed, last week word came down that the White Haven had closed and would be auctioning its contents piecemeal. John’s Space Age still does quite well, as last month’s visit demonstrated to me but Dunkin’ Donuts seems poised for a full-fledged assault as they creep into the metro.

I did not plan on liking the food at Villa Capri. Most things I read online and heard from people prepared me for cheap ingredients, bad sauce and crazy old people. Well, here’s the thing: the food is pretty decent.

Don’t come to Villa Capri expecting the world. But for less than the price of a Quizno’s sub you can get a home-cooked plate of lasagna with a giant homemade meatball. What can you get for $4.95 any more that isn’t fast food? 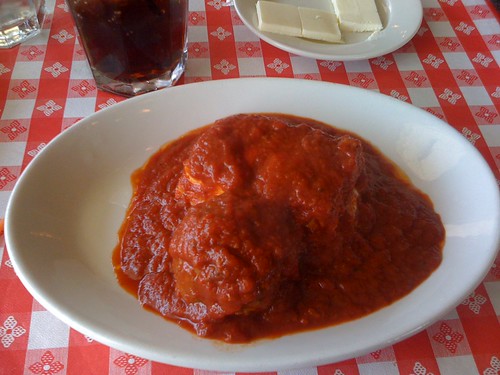 The salads are rather dismal affairs with not much going on apart from iceberg lettuce. 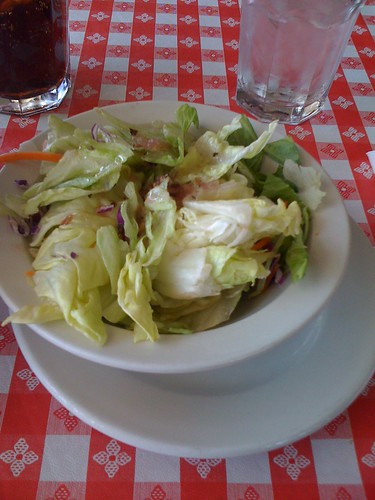 But the salad dressing is very tasty, despite the fact that it is too sweet. It is clearly homemade since you can see the herbs and pieces of shallot sprinkled liberally throughout.

I’ve also eaten a highly serviceable chicken parmesan sandwich ($6.85) there. It was made with a hand-breaded chicken breast but came on a roll that was a little too fluffy and chewy. I like a little more crust on my bread. 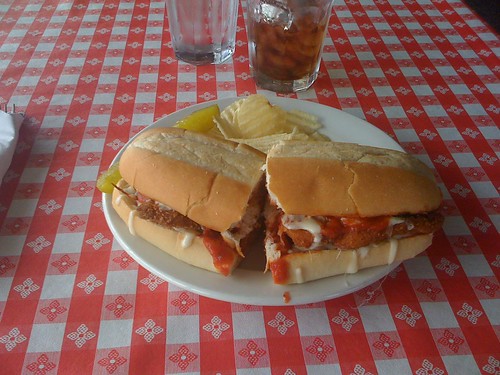 The potato chips that come with sandwiches are familiar to me. They come from the generic, food service bulk bags and are the absolute cheapest available. They are greasy, mealy and awful. The pickle was also terrible and cheap. It is very interesting how a restaurant can take the time to prepare homemade salad dressing but skimp on details like these. It speaks volumes about the way restaurants have been run in previous years. Thankfully we have come to be properly wary of packaged and processed foods, and restaurants by and large have taken notice.

Have I mentioned the decor? Behold Villa Capri in all its glory: 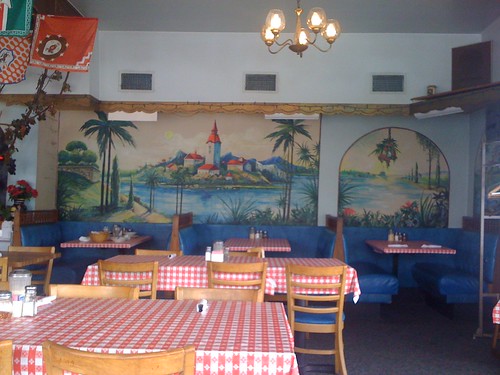 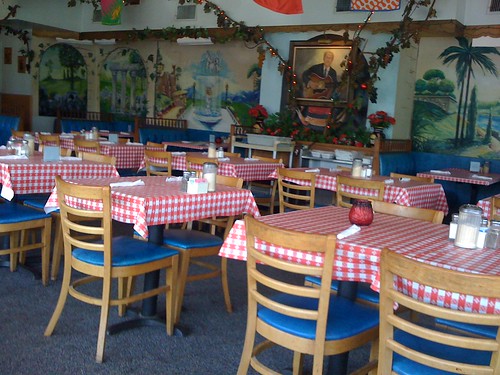 This is the point at which we can stop taking Villa Capri seriously and venture bravely into the world of kitsch. And this is true kitsch because the owners obviously think that Christmas lights, murals, plastic grapevines and cheesy checked tablecloths are genuinely nice atmospheric elements for the interior of a restaurant. And thank god they do because I find it a delightful ambiance in which to enjoy lunch. While many Italian restaurants focus on intimate, dark interior spaces, Villa Capri is more like a happy carnival. And the place really gets very nice light as well. Some picky people seem to mistake the decor for uncleanliness but I have to say that it did not strike me that way at all. Just because the interior hasn’t changed in 50 years doesn’t mean the place hasn’t been cleaned.

The people who run this joint are nice enough, but they are not ass-kissers. Anyone who runs a place like Villa Capri really doesn’t care what you think about the food or the service, they get by on knowing pretty much everyone who eats there. When not actively waiting on tables, the waitress visits with people, occasionally even sitting down at a table with someone for a chat. This is both charming and irritating. I like some semblance of professionalism and it fees strangely like I’m interrupting when I walk in to find the staff sitting down and chatting. But they have been operating for better than 50 years and have a right to rest on their laurels. I like that Villa Capri holds special memories for people who grew up in Overland Park and serves as a kind of social center for Overland Parkers to catch up.

No, this is not great Italian food, but it is fairly priced and tastes good.